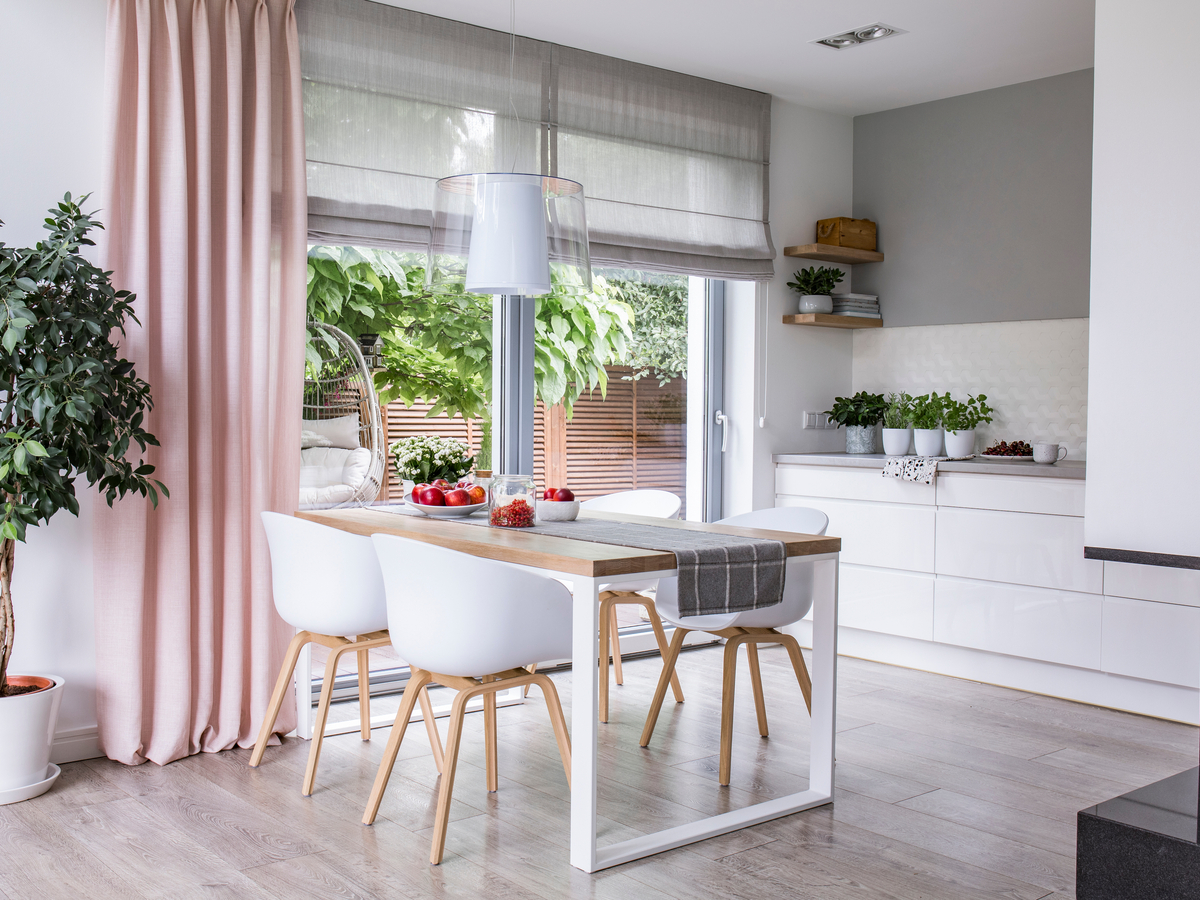 Roman Shades: Which is Right for You?

The name “Roman shade” comes from the classic drapery styles of the Roman Empire era. Roman shades are custom-made fabric shades that are typically constructed in even folds. They fold up as you raise them, and unfold as you lower them. You can easily adjust the height with a cord to suit your privacy and light filtering needs. Roman shades come in a variety of styles and function levels, but which one works best for your space?

All Roman-style shades have the same basic purpose. They provide sun protection and privacy when lowered within the basic footprint of the window itself. However, it is still important for you to decide on the style that best suits your home décor.

The flat fold Roman Shade is one solid piece of fabric with no seams. As a result, these shades hang flat and uninterrupted in front of your window. Regardless of the material, the smooth drape of this style provides a simple and casual look. The advantage to this style is that the construction does not interfere with the pattern in the fabric, especially important if it is a geometric or a bold, distinctive pattern.

The face fabric of this shade is pulled up from the back to create loose, loops of gathered material. When this shade is raised, it shows looping U-shaped ends that look a bit like tails. This style often does not have cords running down the center. It is a more romantic look but not as functional as the flat-fold style. A variation of this look is called a London Shade. The London Shade looks more folded and tailored but still does not function as efficiently as a flat-fold Roman.

Waterfall or “hobbled” Romans are shades that feature even horizontal folds that ripple down the face of the fabric. They are fuller than a flat-fold style shade and also require more fabric and labor, so they are generally more expensive. They will also stack up substantially more at the top of the window, often leaving less of a view outside. But they can have a more “finished” look than a regular flat-fold style, which is a plus, although I still like to see them with a coordinating valance on the top or stationary panels on the sides.

You can have Roman Shades installed either inside or outside the window frame. Both are good options, but it’s important to note that mounting any type of shade inside the window frame usually creates a light-gap along each side. This can potentially be unsightly and usually lets in a considerable amount of light.

Sometimes there is not enough mounting depth inside the top of a window frame to mount it, which leaves no other option but to mount it outside of the frame. But mounting it outside the frame has the advantage of making the window look larger than it is by taking the shade up higher and out to the sides. Of course, it’s best to know exactly where you want the shade to be mounted on the window well in advance. This lets you plan for the shade to be the proper size, both width and height, to suit your window.

We Help You Choose the Right Roman Shade.

Roman shades change the look of your room significantly, enhancing its characteristics. Choosing the particular kind of Roman shade that works best with your décor and specific needs can be a difficult task. Leave that task to us! We bring experience and a fresh perspective to your space and ensure that your project is completed with the highest level of customer service and in a timely fashion. Request a free estimate here.